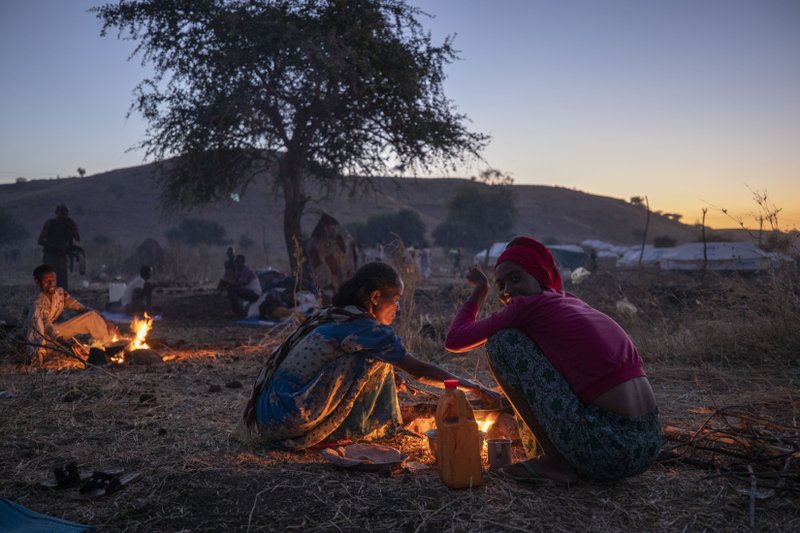 The United States says it has decided to “de-link” its suspension of millions of dollars of aid to Ethiopia from that country’s dispute with Egypt over a massive hydroelectric dam project.

But the State Department early Friday said that does not mean all the roughly $272 million in security and development assistance will immediately start to flow, and it depends on more recent “developments” — an apparent reference to the deadly conflict in Ethiopia’s Tigray region.

The State Department said humanitarian assistance remains exempt from the aid suspension. It said it has informed Ethiopia’s government. A spokeswoman for Ethiopian Prime Minister Abiy Ahmed did not immediately respond to a request for comment.

Ethiopians were furious after former President Donald Trump last year directed the suspension of aid to their country in a rare example of his direct involvement in an African issue. Ethiopia had left a U.S.-led attempt to mediate the dispute with Egypt, alleging bias. Trump also caused an uproar by saying downstream Egypt would “blow up” the dam project that Cairo considers an existential threat.

Ethiopia asserts that the $4.6 billion Grand Ethiopian Renaissance Dam that it has nearly completed on the Blue Nile River is essential for development and the pulling of millions of people out of poverty. Egypt says it threatens its water supply.

Ethiopia is now under pressure from the U.S. and others including the European Union and United Nations over the deadly fighting in its northern Tigray region, where some 6 million people have been largely cut off from the world since fighting began in November between Ethiopian and allied forces and Tigray ones.

Witness accounts have emerged of massacres, people beginning to starve to death and the presence of thousands of soldiers from neighboring Eritrea, which Ethiopia’s government has denied.

The U.S. has said Eritrean soldiers should “immediately” leave Ethiopia. And earlier this week, a State Department spokesperson said “we remain gravely concerned by the widespread humanitarian suffering and reported human rights abuses in the Tigray region.”

The spokesperson urged “an immediate end to the fighting in Tigray, full and unhindered humanitarian access, an independent investigation into the human rights violations and abuses and for those responsible to be held accountable.”