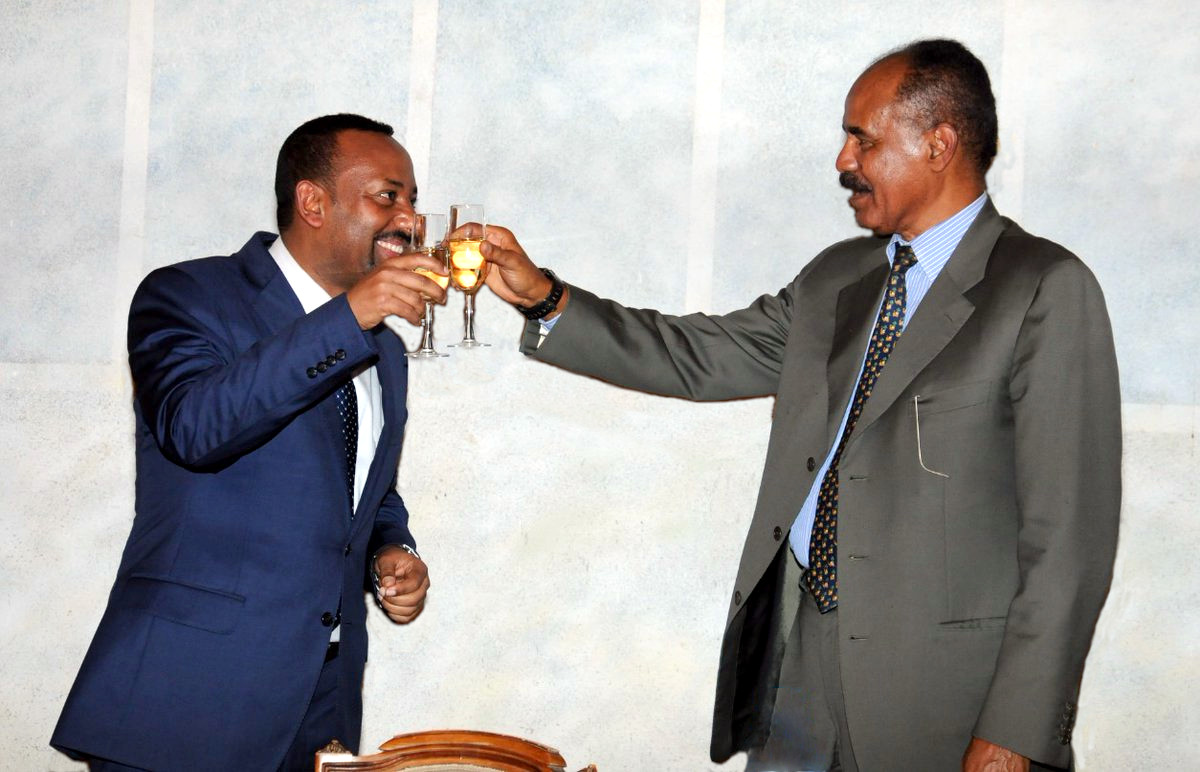 Isaias Afewerki, the elephant in the war on Tigray, has confirmed that the war is not over and the Tigray People’s Liberation Front (TPLF) is not only not defeated but also the war will take time. The President-for-life of Eritrea gave a lengthy interview on the country’s one and only media, Eri-Tv, and spent most of his airtime talking about Ethiopia, in large part on issues pertinent to Tigray.

Tigray being the fountainhead of self-determination, if left to its own principles, will send the message that freedom is not given but taken. That will lead to the proliferation of quests for autonomy and independence among nations in Ethiopia and identity-consciousness in Eritrea. This being the chronic specter for both Isaias and unitarist forces in Ethiopia such as Abiy, the specters of trauma from previous sanctions and inevitable accountability for the heinous crimes in the active war on Tigray are haunting Isaias. Some of these are conspicuous, others latent lurking behind the words he utters, in his speech.

Isaias talked about ‘miscalculations’ on the part of Tigray when describing the developments of the war. At face value, he tried to assert that Tigray entered the war based on miscalculations. This, however, describes his and Abiy’s miscalculations better. He didn’t say a word about Eritrea’s involvement, or otherwise, in the war but he couldn’t hide how amazing — to the point of bewilderment — he found the way Tigray neutralized Ethiopia’s Northern Command, an incident he said could be used to make great movie stories.

Eritrea’s role in the war on Tigray has been confirmed with credible evidence from multiple sources. Isaias, unwittingly or not, corroborated not the military involvement per se but his unwavering support based on principles. He illustrated the congruence of the motivations of the allies: Isaias, Abiy and the Amharas are fighting Ethiopia’s multinational federalism. Tigray is simply its embodiment and TPLF is the spearhead.

A leader of a country without a constitution that he is, Isaias told a story about how he trashed the Ethiopian constitution 27 years ago when Meles Zenawi showed him the first draft. Since then, multinational federalism has been a specter haunting Isaias, who wants to create an Eritrean identity by squashing other identities than that.

Though his interview was in Tigrigna, Isaias used the word ‘pattern’ several times. He used it to indicate how the Western powers, another latent specter lurking behind, always try to cause trouble in the region. He accused these powers of attempting to become dominant in the region both by directly imposing their command and by luring local agents such as, he claims, all regimes in Ethiopia. He lamented that all regimes of Ethiopia, more so TPLF, were instruments of western powers. In his grandiose view, these western powers always wanted to suppress his tiny country.

Another context where Isaias used the word ‘pattern’ is when he described his recollection of the sanctions levied against his one-man regime two decades ago and hinted at what is coming. He described the pattern that had led to his country’s isolation and series of sanctions before he befriended Abiy, and was relieved for a while, as “lie, blame, accuse and pass a decision on sanctions.” He stated that this pattern holds for the last three months as much as it did in the past. What is interesting is that while he didn’t utter even a single word about his role in the war on Tigray, or even the rocket attacks on Asmara by Tigray, he implicitly attempted to respond to the imminent trial for war crimes.

For the future, he has put two points clearly. First, his comment that the war with Tigray is not over and it will take time, coupled with his call for everyone to join without hesitation, indicates that Eritrea will not leave Tigray unless/until TPLF is completely exterminated. Second, he commented on how he advises Abiy to prioritize matters. For example, the border conflict with Sudan is not a priority for Ethiopia, he indicated. The priority, according to Isaias, is Tigray. In his lengthy regional geopolitical analysis, he stated that Ethiopia’s internal peace is more important and that they are working on it.

After watching his lengthy interview, one would also, albeit in passing, sense that Isaias might have borrowed a couple of self-help books from Abiy’s shelves. When asked an already rehearsed (Isaias once said ‘We will talk about that in the other questions’) question about a handful of predefined issues, he would answer a question with a number of questions to which he doesn’t bother to give any answer. His reply to the question regarding covid-19 is a case in point, though he followed a similar pattern in all other questions too.

All in all, Isaias’s authoritative tone on Ethiopia’s internal affairs didn’t fall short of the rumors that he is effectively Ethiopia’s top most leader, de facto president. His incessant, almost obsessive, discussion of western powers that want to establish their own ‘spheres of influence’ was indicative of the specters haunting him. Isaias, by trying to position himself as an (if not the most) important figure in the region, pointed to a fork road where the world should either stop him or watch his hand slaying not only Tigrayans but also anyone who supported multinational federalism in East Africa.

Amare is an economist from Tigray. He is interested in behavioral economics, psychology, philosophy and politics.