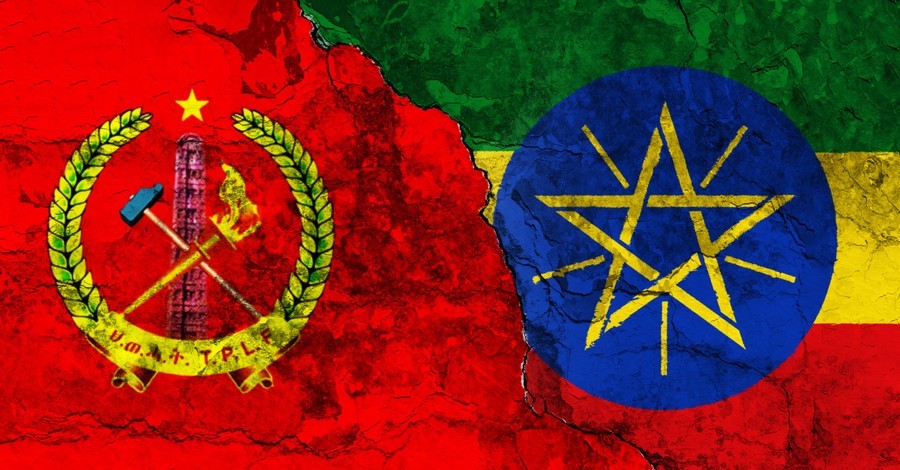 Now that phone services have finally been restored, witnesses recalled to the Associated Press the massacre they witnessed in Axum, a city in Tigray, at the Church of St. Mary where hundreds were massacred.

A deacon of the church who spoke to the Associated Press told of “rape, plunder” and “callous & intentional mass killings.”

Another visiting university lecturer, Getu Mak, told the Associated Press that Eritrean and Ethiopian soldiers “started to kill people who were moving from church to home or home to home, simply because they were on the street. It was a horrible act to see. On every corner, almost, there was a body. People were crying in every home.”

The Associated Press reports the city began to smell of death as the bodies went untouched for days. The reason for this was the Eritrean government refused to let anyone bury the dead. Hyena reportedly began eating the bodies and witnesses reported being haunted by the sound of the cackling animals.

According to the New York Times, in the 1970s and 80s, Tigrayan fighters led a war against Ethiopia’s hated Marxist dictator. The dictator would fall in 1991, and the Tigrayans – considered national heroes – would rule over the nation for the next 30 years.

But in 2018, after Abiy Ahmed was named Ethiopia’s prime minister, he discarded the Tigrayan leaders. Then, in November of 2020, tensions between the two entities boiled over when Abiy launched military strikes against Tigray, marking the beginning of a brutal months-long war.

However, they are not just fighting against their neighboring country of Ethiopia. Eritrea and Somalia have also partnered with Ethiopia in addition to the ethnic Amhara army.

Multiple aid agencies have stated Ethiopians face mass starvation if there is no intervention in the war. The Ethiopian government denies they have committed any atrocities, but the U.N. says there is “consistent” information that says the opposite. A spokesperson for the U.N. stated, “We have received consistent information pointing to violations of international humanitarian law and human rights law by all parties to the conflict – including artillery strikes on populated areas, the deliberate targeting of civilians, extrajudicial killings and widespread looting.”

John Paluska has been a contributor for Christian Headlines since 2016 and is the founder of The Daily Fodder, a news outlet he relaunched in 2019 as a response to the constant distribution of fake news.

The War on Tigrai: its sinister mission