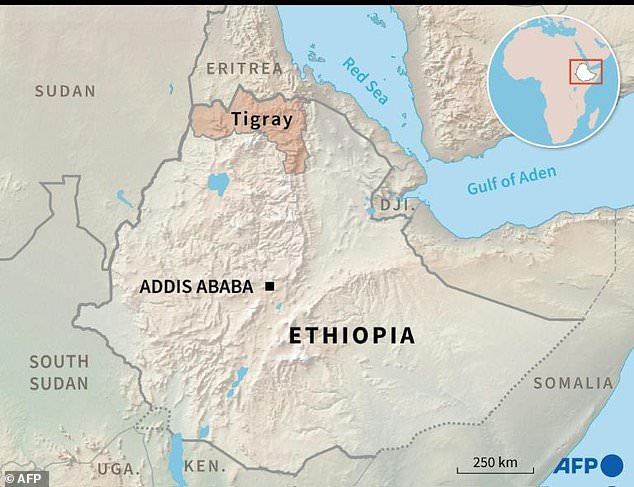 Troops from a “neighbouring country” destroyed factories and universities during the conflict in Ethiopia’s northern Tigray state, an official with the region’s interim administration told state media Thursday in an apparent reference to Eritrea.

Tigray has been the theatre of fighting since early November 2020, when Prime Minister Abiy Ahmed announced military operations against the Tigray People’s Liberation Front (TPLF), accusing them of attacking federal army camps.

He declared victory after pro-government troops took the regional capital Mekele in late November and appointed an interim government to take over from the TPLF leadership. Fighting has however persisted.

The presence of soldiers from neighbouring Eritrea has been widely documented, but repeatedly denied by Addis Ababa and Asmara.

Alula Habteab, who heads the interim administration’s construction, road and transport department, appeared to openly criticise soldiers from Eritrea, as well as the neighbouring Amhara region, for their actions during the conflict.

“There were armies from a neighbouring country and a neighbouring region who wanted to take advantage of the war’s objective of law enforcement,” he told state media.

“These forces have inflicted more damage than the war itself.”

He said the troops from across the border had destroyed major factories in Tigray, such as the Almeda Textiles and Adigrat pharmaceuticals factories, and two major universities in Adigrat and Axum.

“Universities and factories Tigray produced over the last 30 years have all been destroyed.”

In a rare rebuke of the national army from the interim administration, he also accused the Ethiopian National Defense Force of having “seized numerous properties” which belonged to the Tigray state government.

Tigray is one of 10 semi-autonomous states separated largely along ethnic lines in Ethiopia.

Its former leadership the TPLF dominated the federal government for decades before Abiy came to power in 2018 and was accused of sidelining them.

Under TPLF-dominated rule, Ethiopia fought a brutal border war with Eritrea in 1998-2000 followed by a long diplomatic stalemate.

Abiy won the Nobel Peace Prize in 2019 in large part for initiating a rapprochement with Eritrea, whose President Isaias Afwerki and the TPLF remain bitter enemies.

There is also a history of enmity between Tigray and the neighbouring Amhara region, over land and political disputes, and militiamen from Amhara are widely documented to have fought alongside federal troops in Tigray.

‘We’ll be left without families’: Fear in Tigray

He’s Planning to Exterminate Us All’: Ethiopians Speak of Ethnic Massacres