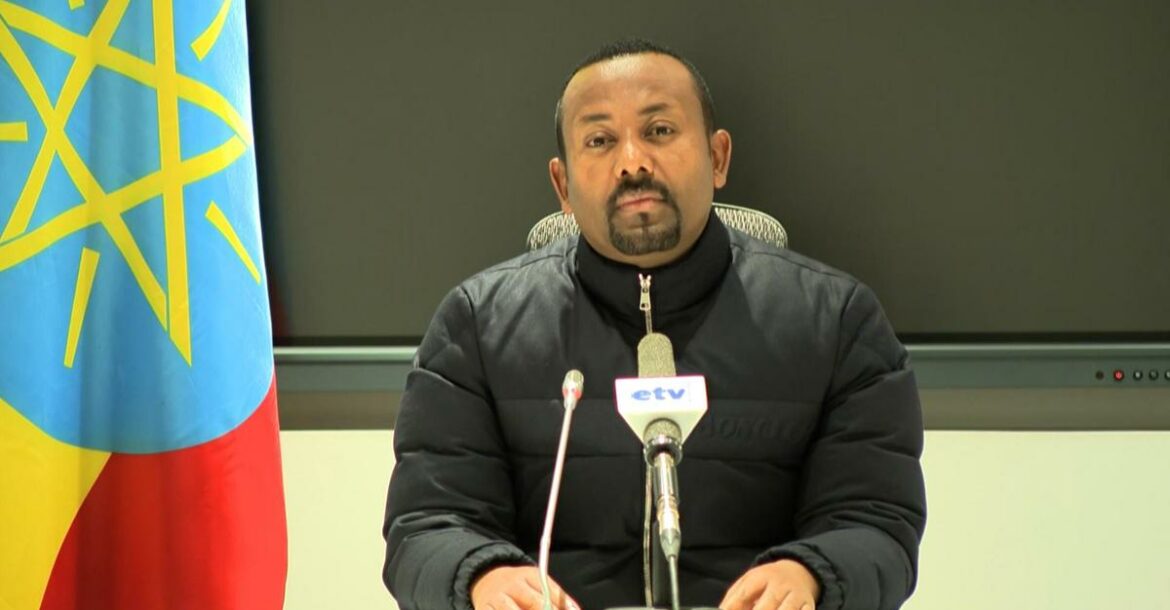 What was touted as a quick operation is sinking into a quagmire of violence.

On 5 November, two days after the war broke out in Ethiopia’s Tigray region, Prime Minister Abiy Ahmed said his campaign has “clear, limited and achievable objectives.”

On 14 November, his office issued a statement outlining the four objectives of the evasively named “law enforcement operation.” They were to disarm the Tigray People’s Liberation Front (TPLF), bring its leaders to justice, appoint a new administration for the Tigray region, and enhance law and order.

He declared victory on 28 November 2020 after his troops captured Mekelle, the capital of Tigray region. The federal forces faced little or no resistance as the Tigray regional forces left their positions after sustaining huge losses.

As one observer noted, the planes and drones obliterated Tigrayan tanks, howitzers, fuel depots, and ammunition. The 42 divisions of the Tigray regional forces succumbed to the federal army’s combined might, plus the Eritrean troops and forces from the Amhara regional state.

If not wholly neutralized, the military capabilities of Tigray’s regional fighters were decimated. Three weeks into the conflict, their long-range missiles and rocket launchers were silenced.

Here, Abiy and the federal forces can claim to have achieved their objective of disarming their opponents, albeit the fighting continues today with the deployment of lighter weaponry.

A couple of weeks into the conflict, Abiy’s government issued arrest warrants for over 76 members of the TPLF. The number has grown since. However, to date, less than 25 senior members of the party are officially announced to have been captured and appeared in court.

The leader of the TPLF and the president of the ousted regional government, Debretsion Gebremichael, is still on the battlefield. On 19 February 2021, his forces laid out eight conditions for a possible peace talk with Abiy’s government.

CNN recently interviewed him, and Debretsion demanded an independent investigation of the widely reported war crimes and crimes against humanity. His advisor, Getachew Reda, also appears on social media now and then.

The public appearances of these embattled yet defiant leaders suggest that they are far from falling into the hands of their adversaries.

Hence, the objective of “bringing TPLF leaders to justice” is yet to be achieved by the federal government.

Abiy established a new administration in Tigray led by Mulu Nega, who looks more like a tired school principal than a crisis manager that the position badly needs.

General Yohannes Gebremeskel Tesfamariam, the former head of the United Nations Force for Abyei in Sudan, was appointed to oversee the State of Emergency in Tigray.

The plan reads like an attempt to have these two men, who are from Tigray, somehow pull the region out of the current quagmire.

However, Western and Southern Tigray are no longer under the jurisdiction of this new administration. The contested areas around Humera, Welkait, Tsegede, and Raya are already subsumed into the Amhara regional state’s territory.

The new administration itself is now demanding a return to the status quo ante. But, it’s unlikely that the Amhara regional government will give the areas back to Tigray.

The feeling among the Amhara is that they have fought hard to bring back these areas under their territory. They would only give them up over their dead bodies. Perhaps this is the main sticking point of Tigray’s return to peace and stability.

Northern Tigray has also fallen into the hands of a foreign force. Eritrean troops, allies of Abiy, currently control large expanses of land in Sheraro, Shire, Axum, Adwa, Adigrat, and many places around these towns.

Although Abiy and Isaias Afwerki are amusingly tight-lipped about Eritrean troops’ presence in Tigray, the U.S. has asked repeatedly for them to leave. The United Nations has also asked for the withdrawal of Eritrean troops.

The response from Addis Ababa seems to be, “don’t meddle with our internal affairs,” a position that garnered support from Russia, China, and India at the UN Security Council meeting held on 4 March.

Abiy could boast about his success in replacing TPLF’s administration in Tigray, but he cannot claim to have met his objective when a good portion of Tigray’s constitutionally mandated territory remains in the hands of Amhara and Eritrean forces.

Residents of Tigray, international organizations, and independent observers have rung the alarm bell as early as November about the human rights violations that started at the onset of the war.

It started with the massacre in Mai Kadra, and got worse by the day since. Amnesty International’s report, released one week into the conflict, stated that scores of civilians not involved in the ongoing military offensive were shot, stabbed, and hacked to death.

Civilians were caught in the crossfire between the federal and Tigrayan forces, resulting in thousands of people fleeing to Sudan and over half a million displaced internally.

Then came a series of reports on gang rapes, looting, extrajudicial killings, indiscriminate shelling of cities, destruction of properties, and the bombing of holy places.

The Ethiopian Human Rights Commission reported alarmingly high levels of rape cases in just the three Tigrayan cities it managed to carry out its investigations.

In the last two weeks, Amnesty International, Human Rights Watch, and CNN uncovered the massacres of hundreds of civilians by Eritrean troops in Axum and Dengelat. Both incidents potentially amount to crimes against humanity.

Four months into the conflict, not only the war failed to achieve the goal of enhancing the rule of law, but it also made the situation worse.

In the final analysis, Abiy can hardly claim to have achieved his “clear, limited and achievable objectives” he set out when he declared the war back in early November.

Now, he would be better served by adopting a new strategy that will bring peace to Tigray and the rest of Ethiopia.